While working on an application, I had to commit changes to local Git Repository. It was usual task and I started with following command,

To surprise git add command gave me error as shown in image below. Error message was clear that to a particular file there was Permission denied.

Note: I was working on a MVC application which had local database attached. Name of database was MoviesRTM.mdf.

I tried to commit using Visual Studio 2013 as well. Here also I got same error as shown in image below, 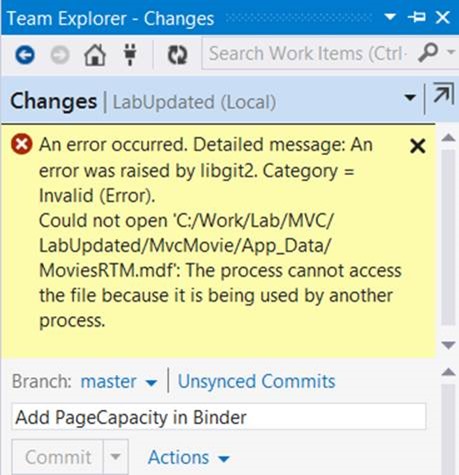 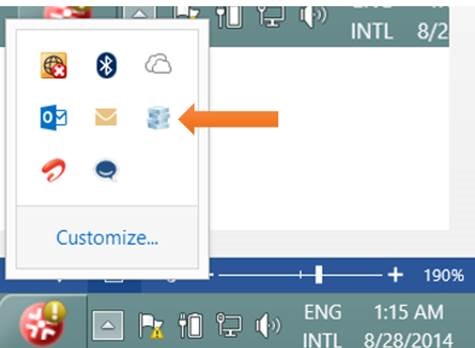 If this option is not working then try restarting Visual Studio.

Note: Restarting Visual Studio or Shutting down IIS Express may worked in this scenario because permission denies error was on a database file (extension mdf). And database was locally created.

After shutting down I was able to run git add command successfully.